What can funders do to address digital exclusion? Reflections from the pandemic 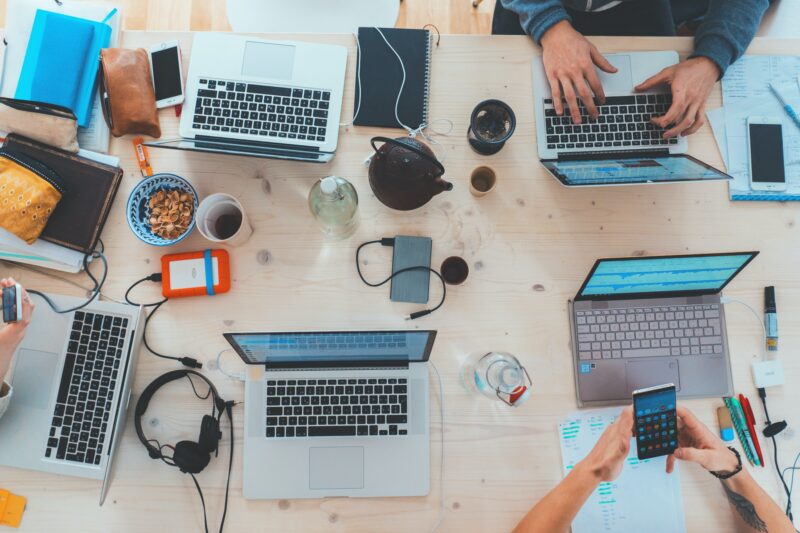 In many ways the Covid-19 pandemic has intensified social, economic and health inequalities. Like businesses, charities were forced to close their doors (or close completely) and find new ways of operating. As they moved their services online, it highlighted another challenge: digital inclusion.

According to the Charity Digital Skills 2021 report, over half (52%) of charities are worried about excluding some people or groups. Through our grants management service and work with funders, we are aware of this barrier and have seen how funders have reacted. But are they doing enough? Here are some of our reflections.

What is digital inclusion?

However, there are several other barriers of why people are excluded from using technology or accessing the internet. These can include access and skills, but might also be around people’s confidence, motivation, and trust.

Since March 2020, many organisations have adopted digital approaches to maintain their services, accelerating digital transformation in the charity sector. While digital has enabled charities to deliver crucial services for their beneficiaries, some organisations have been struggling more than others. Research from the Charity Commission reports that 38% of charities said they had moved services online. But the proportion was much higher for charities with income over £500,000 (63%) than those with an income under £10,000 (24%). Findings from a survey with over 370 charities by NCVO show that the main barriers to use of digital were skills of current staff/volunteers (20%), cost of equipment (17%), skills of service users (15%) and access of service users to equipment (14%). In addition to service users’ lack of skills or technology, charities also pointed out that some communities did not want to engage with their services online or their services did not work with some of the groups who accessed them. Findings in other charity sector surveys raised similar concerns around digital exclusion.

Certain groups are more likely to be excluded

In March 2021, Ofcom reported that 6% of households did not have access to the internet at a time when most face-to-face services were limited or suspended. Additional research found that many households were struggling to afford their telecoms services (19%), pay their broadband (6%) or mobile bills (5%). ONS data on internet users shows that some sections of the population are more likely to be digitally excluded. Generally, older people are less likely to access the internet: In 2020, 54% of people aged 75+ and 85.5% of 65-74 year olds said they had used the internet in the last 3 months, compared to 99.5% of 16-24 year olds. Recent internet usage is more likely among employed people (99%) than those who are economically inactive (90.3%). Disabled people are also less likely to be recent internet users (81.4%).

There are also geographic differences. London continued to be the UK region with the highest recent internet use (95%) in 2020, while Northern Ireland remained the lowest at 88%. In addition, people living in rural areas are more likely to have no decent broadband connection. Latest data from Ofcom shows that poor internet connections are more common in parts of Wales, Scotland and Northern Ireland.

How have funders responded?

Throughout the pandemic, we have seen funders responding to the issue of digital inclusion. However, data suggests that more could be done. One of the findings in the Charity Digital Skills 2021 report was that funders need to up their game in regard to providing digital funding. Almost half of charities (47%) want to include core digital costs in all applications. Digital inclusion will remain a key issue even beyond Covid-19 and funders will have to think about how they can provide effective support going forward, considering both the grantee organisations as well as their service users.

This is a joint blog by Lisa Hornung, Data Analytics Lead, and Jenna Horsfield, Senior Grants Officer. Find out more about our grants management services here or get in touch with Jenna (jenna.horsfield@rocketsciencelab.co.uk).