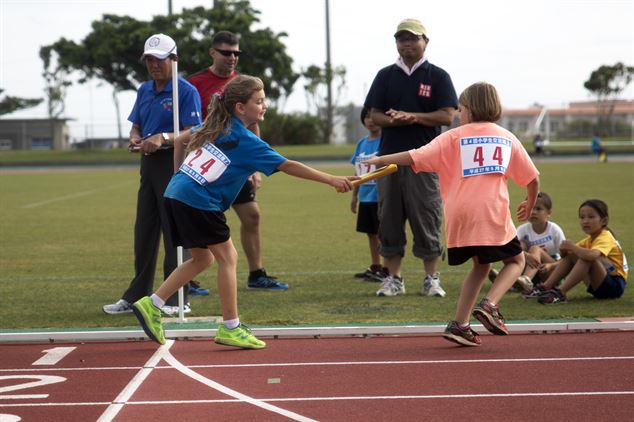 Is social inclusion through sport realistic?  Helen Fagan reflects on our experience of managing funding into sports activities and her own passion for six sports.

London 2017 kicked off with the World Para Athletics Championships on July 14th, once again bringing some of the world’s most inspiring athletes to one of London’s most iconic venues for sport. A few weeks later on August 4th the IAAF World Athletics Championships will also begin, marking the last competitive races of some of the athletics’ world’s biggest stars including Mo Farah and Usain Bolt.

But why are these major sporting events important to Londoners? Why is the Mayor of London so keen to have London as the ‘home of World-class sport’? And what does this have to do with social inclusion through sport?

It is true that not many of those watching will make it to compete at such events. However, seeing athletes on the world stage can inspire people to get involved in sports they wouldn’t otherwise consider. Increases in participation of over 17% were seen in athletics disciplines following the successes at London 2012. And this increase in participation is a key outcome. There is an obvious correlation between involvement in sport and its participants being more physically fit and healthy.  A lot of evidence also exists for the transferable skills and mental focus that sport can teach. But there is growing evidence of its link to improving social inclusion as a result of involvement as well.

Ask many people involved in sport what their favourite element is and answers often mention the others involved. Whether this be teammates, competitors or training buddies, this social interaction is key. The social gatherings following, often centred around food and/or drink help too! I regularly take part in six different sports myself and can definitely relate to this.  Indeed, most of the friends I have gained since moving to London have been either via sport, or we do something sport related when we meet up. Even if we have nothing else in common, we share an enjoyment of the activity and that is enough to build a friendship on.

But it goes beyond simply reducing isolation. The UN recognises that sport ‘…can be a successful tool for tackling inequality in hard-to-reach areas and for empowering individuals and communities…[eliminating] obstacles and barriers.’[1]. We at Rocket Science saw this was indeed the case through our management of the Freesport programme.

35,000 Londoners got involved in the free sport activities organised by the community groups and sports clubs funded by this programme 2014-2016. It was particularly successful in reaching groups which tend to be less likely to engage in sport – females, black and minority ethnic groups and vulnerable people. Individuals could come together in public spaces to interact in a different and often new way. Particularly as over 50% of the participants categorised themselves as previously inactive.

The Mayor of London, in recognising the impact of sport as a tool for social improvement launched the Community Athletics Fund earlier this year. 54 projects have been funded across London, and will bring individuals from different social groups together to take part in athletics activities. Approximately half of the funding is committed to projects providing activities for disabled participants, and all projects will look to bring non-disabled and disabled participants together.

It is exciting to think, as we see some of the greatest para athletics and athletics stars make their final competitive appearance, that around the same time, in another part of London the athletics stars of the future are trying the sport for the first time. London 2017 is using the hashtag #Bethenext for those inspired by watching their role models at the championships to dream of competing on that World stage in the future. And for those who don’t have such aspirations, funded projects will still provide a brilliant taster experience and allow them to interact with those from their local community they might never otherwise meet. We expect this will all result in a further increase in participation in athletics and the social benefits this can bring.

Sport can often divide us into opposing teams but, now, more than ever before with the divisions that exist in our society, we need something to help us realise that there is more that unites us than that which divides us. Sport is one such way to bring people from many different backgrounds together. Social inclusion through sport is the future.

So now is the time to get involved!

Helen is the Grants Manager at Rocket Science based in our London office.  You can check out her profile here.