Sunday 7th May 2017 by John Griffiths 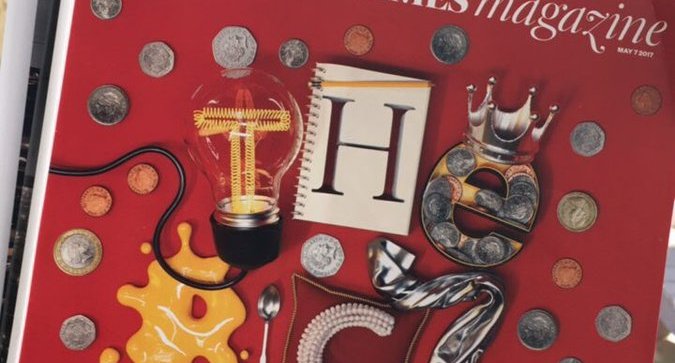 John Griffiths reflects on the opportunities for London by rethinking philanthropy in the capital.

The Sunday Times’ publication of the Rich List 2017 shows that the rich are getting richer. The wealthiest 1000 individuals, who enjoy a combined total wealth of £685 billion, saw this increase by 14%, or £82.5 billion, in the last year.[1]

Much of the reaction to the List has focused on how it shows the UK is becoming more unequal. Whilst the combined wealth of the richest top 500 (£580bn) is more than the £576bn of the top 1000 last year, the mega-rich now have more wealth than the poorest 40% of all households in the country. According to research by the Equality Trust, their increase in wealth last year (equivalent to £226m per day) would pay the grocery bills for all food bank users nationwide for 56 years, or for adult social care in England for the next four.[2]

The understandable media interest in who features on the latest Rich List overshadows other intriguing aspects to the annual compilation. In particular, where this vast wealth lies and, at a time of swingeing cuts to public spending, what some of the rich choose to do with their money. The List’s information on the location of the rich, and their increasing inclination to give their wealth away (£3.2bn in 2017; up 20% on 2016), represents a fascinating challenge for London.

London is home to more billionaires than any other city in the world. Of the 134 billionaires in Britain, 86 (64%) are based in the capital. New York, in second place, has 74; the highest other ranking European capital is Paris with 33. Yet London’s increasing polarisation of wealth is potentially the greatest risk to its economic success.

London is a city of contradictions. The capital contains the highest proportion (15%) of people in families with incomes in the bottom tenth nationally and the second highest proportion (15%) of people in the top tenth, after the South East.[3] The London Fairness Commission reported last year that for every £1 of wealth owned by the bottom 10% of London households, the top 10% owns £172. In short, London is again ‘becoming a city of great divides.’[4]

“Time for a Peabody moment?”

This apparent “re-Victorianization of London” has put the names of the great nineteenth century individual and corporate philanthropists back in the spotlight. Their altruism may have been driven as much by the perceived threat to the social fabric from the massed urban poor, as a sense of unfairness. Yet, in its call to arms (“Time for a ‘Peabody’ moment?”), the London Fairness Commission heralded “a new philanthropic age [believing] that the time is ripe for London’s wealthiest residents and businesses to come together in an exemplary social philanthropic effort.”[5]

Halting the apparent slide back to Victorian levels of inequality should be a strong argument for individual and corporate philanthropists to engage in shaping an economy which can both deliver “inclusive growth” and sustain a healthy civil society.[6] However, the work to date on The Way Ahead, a new vision of support for civil society in London has struggled to include business. Defining civil society in a way that highlights the distinctions between the different sectors, The Way Ahead is too last century for our increasingly common purpose. “Civil society is where people take action to improve their own lives or the lives of others and act where government or the private sector don’t.” (p6) It will remain difficult to motivate business if we do not acknowledge that an enabling state and an enlightened private sector are as much a part of civil society as voluntary and community organisations, or informal associations.

Responsible businesses can and do take action to improve the lives of others.[7] However, as with individual philanthropy, corporate giving (of money, time or resources) will always remain an unreliable substitute for state spending for reasons which academics label as “philanthropic insufficiency” and “philanthropic particularism.”[8] “Philanthropic insufficiency” is the realisation that charitable giving will never replace the redistributive role of the state because it is unable to meet the scale of need. London local government receives approximately £22 billion of funding to spend on services.[9] This is almost four times greater than the total cash giving by private sources in London (£5.6 billion). “Philanthropic particularism” is the recognition that donors choose which causes to invest in, responding to needs which they can relate to and not on the basis of objective evidence.[10] This can give philanthropic activities their strength, but also means that they cannot ensure consistency and equality.

And yet individual and corporate philanthropy has a far longer history than public spending in tackling the capital’s social needs. This is not to underplay the influence of the state, but rather to put its recent shrinking in historical context.[11] Philanthropy will never be able to replace state-funded provision. However, it does have the transformative potential to mitigate public sector cuts by meeting needs that lie outside the responsibility of government, as well as to supplement existing but diminishing state provision. Identifying where this can and should happen in London is the key challenge for London’s stakeholders engaged in The Way Ahead.

The exact level or proportion of giving in London is not known. Cash giving in the capital is estimated at £5.6 billion a year from all private sources, accounting for 29% of all UK giving. This is a significantly greater proportion than London’s contribution to UK GDP (22%).[12] In terms of volunteering, a recent report by City Philanthropy[13]found that 39% of London employees volunteer on an ad hoc and/or regular basis.

Whilst the UK in general, and London in particular, are generous in terms of the amount of money, time and insight given to charitable causes, there is a strong perception that London and Londoners have the potential to scale up their philanthropic activities in the capital. Businesses in London would like to be better integrated within their wider community and have greater social impact. Companies told the London Fairness Commission that they would like to scale up their successful philanthropic initiatives so as to reach a greater proportion of London’s population.[14]

The harder challenge of making philanthropy more effective is linked to one of the inherent weaknesses in private giving; the difficulty of influencing such activity so that it can be coordinated and directed at meeting the most pressing needs of Londoners. This is likely to be contentious on at least two counts. Firstly, reaching a workable consensus on what the priority needs for London are and, secondly, agreeing on the most appropriate vehicle to coordinate and (re)distribute philanthropy alongside public, trust and foundation funds. Opportunities do exist, however, to shape this agenda at a number of levels which are both place and theme-based. A few of these are summarised here as “Give More; “Give Local” and “Give Together.”

The Mayor of London, potentially working with the incumbent Lord Mayor and the City of London, can make greater use of the Bully Pulpit to challenge London’s business community to co-invest in future strategic priorities for a civil society. London is home to the corporate HQs of many of the FTSE500. In 2014, the top 500 companies in the UK spent £3.25bn on CSR-related activity. This sounds impressive. It actually represents just 0.026% of profit and well below the 0.5% benchmark which only very few corporate citizens manage to reach.[15] London’s civic leaders need to challenge business to give more (following the example of Mayors Bloomberg and De Blasio in New York City):

Awards and recognition schemes – there are quite a few awards already – the Lord Mayor’s Dragon Awards, for example, have now been going for 30 years. In Rocket Science’s recent review for the City Bridge Trust of the City of London’s initiatives to promote philanthropy, we argued that opportunities are being missed for a more coordinated and joined up approach between Mansion House and City Hall to champion and encourage corporate giving and corporate community engagement in the capital, potentially linking such action to the Mayor of London’s proposed “Business Compact”.

Community organisations need to be better prepared to work with companies’ sense of place at a more local level. In recent years there has been a proliferation of intermediary and brokerage organisations which match private companies with civil society organisations. East London Business Alliance; Heart of the City; City Action and Team London, as well as local models like Business and Community Together in Kensington and Chelsea, Community Southwark or Love Kingston pair companies, including SMEs, with charities, source employee volunteers and introduce business skills to community organisations.

The emergence also of place-based giving initiatives, on the back of the success of Islington Giving, and the growth of Business Improvement Districts (BIDs), provide additional infrastructure and conduits for engaging businesses in civil society locally. And yet there is a strong sense that much of this activity is happening in relative isolation, if not in competition, rather than based on a shared sense of purpose or a common vision for how business can best support London’s civil society.[16]

On a thematic basis, the Big Lottery Fund, on the back of recent research by Collaborate, is recommending the mapping of London’s funding ecology. This should better equip the funding community in London to align and complement their work, resulting in more effective distribution of funds to meet the needs of Londoners, whilst also providing a way ahead for businesses which are interested in co-investing in a shared agenda.[17]

According to Robert Watts, the new compiler of the Rich List, HM Revenue and Customs, along with divorce lawyers, estate agents and auction houses take more than a passing interest in the List’s annual publication. Collectively, London’s statutory and independent funders should too.

For more information on The Way Ahead please refer to: http://londonfunders.org.uk/what-we-do/london-funders-projects

[6] See: Prosperity and poverty – the challenge of social renewal in difficult times The Chris Patten Lecture, given by Julia Unwin at Newcastle Institute for Social Renewal, 22 November 2016

[7] See, for example, the report of The London Communities Commission: Evidence and Draft Recommendations for Action with the Business Sector, March 2016

[11] Bradley, K. (2009) Poverty, Philanthropy and the State: Charities and the Working Classes in London

[15] Figures quoted in the report of The London Communities Commission: Evidence and Draft Recommendations for Action with the Business Sector, March 2016

John is the Managing Director at Rocket Science based in our London office.  You can check his profile here.