What could Sadiq Khan do for BIDs in London? 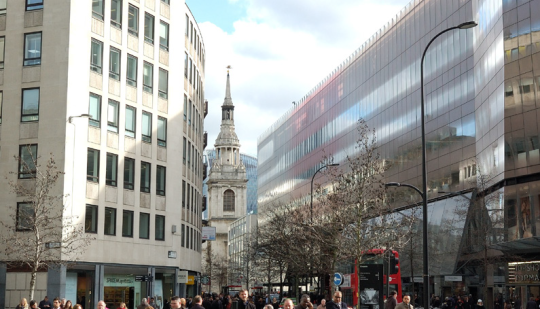 Why we need to carry on supporting the BID movement in London. John Griffiths offers his thoughts for the Mayor for London.

One of Boris Johnson’s final acts as Mayor of London was to announce he had achieved his 2012 manifesto target of seeing 50 Business Improvement Districts set up in the capital. London’s reaching 50 BIDs (almost a quarter of the total in the UK) does not mean we are at saturation point. Several of the 14 boroughs which have not embraced BIDs are considering their feasibility, including Wandsworth, Tower Hamlets and Haringey.  However, the 50 milestone is an opportune moment to reflect on what BIDs have achieved, their strengths and weaknesses and how the new Mayor of London may decide to enable them to work more collaboratively with other partners who are interested in the place-shaping of London’s many different communities.

The first Business Improvement District in London, Kingston First, was set up in 2005 and in 2015 entered its third 5-year term. Term renewal is regarded as one of the most telling indicators of success.  All BIDs in the capital which have held renewal ballots since 2012 have seen an increase in turnout and approval rates.  And yet, whilst London’s BIDs seem here to stay, they still face considerable challenges:

BIDs appeal to the majority of London’s councils for different reasons. Inevitably, as town halls face further funding cuts, BIDs appear attractive as a money-saving device. Within that framework, some London boroughs adopt a hands-off approach, reaching a baseline-agreement for local services, but largely recognising BIDs’ autonomy as private-sector organisations. In contrast to this laissez-faire approach, others have sought collaboration in the form of public-private partnerships. Councils that have redefined themselves as enablers, see BIDs as integral to establishing new forms of service delivery and stimulating economic growth. Boroughs which have taken this approach include the City of Westminster, now home to eight BIDs; Lambeth (6); Southwark and Camden (4 each).

Westminster, for example, recently instigated regular meetings between the Leader of the Council, the Cabinet Member for Regeneration, Business and Economic Development and the borough’s BID chief executives.  This is a clear signal to the BIDs that they are regarded as key to the economic development of the borough.

The meetings enable the BIDs to report back on council services in their areas, but also to identify opportunities for contracting out services, including to local partnerships.

Systems for engagement need to be robust. There will be occasions when the BID’s and the local authority’s interests conflict. Angel BID, for example, which has a close working relationship with LB Islington, found itself leading a vociferous and ultimately successful community campaign against the council’s proposed parking policy. In Croydon, relations with the BID became temporarily strained last year when the Council’s Labour administration took umbrage at the blue uniforms, along with bowler hats, of the BID’s new Street Ambassadors. They now wear an eye-catching pink.

A recent report[1] commissioned by the GLA and the London Enterprise Panel recommended that the new Mayor should focus less on the setting up of more, but rather find ways to support existing BIDs as agents of local partnership. The growth in number and diversity of BIDs in the capital calls for a greater awareness of the sector’s segmentation, enabling groups to collaborate on different issues, as well with the voluntary sub-regional arrangements of boroughs which are linked to London’s devolution proposals. In the meantime, this is happening as much by chance as by design, with an ad hoc mix of BID-financed infrastructure and area-based partnerships in place (eg the Cross River Partnership), providing support for both inter-BID collaboration, as well as cross-borough public-private initiatives.

As, in the words of one Chief Executive, the “new kids on the municipal block”, BIDs are quickly having to find their feet in a fast-changing environment for both local government and wider governance arrangements in London.  It will be those BIDs with an enterprising mind set, political nous, an open and supportive relationship with their local community and a propensity to collaborate which succeed.  As new BIDs continue to emerge whilst others grow in maturity, the London Business Improvement District community will become increasingly diverse.  This will require a variety of different support arrangements and partnerships – both area and issue based – in order to harness BID energies and resources, enabling BIDs to maximise their contribution to tackling London’s policy priorities which is in the interests of both their members and the wider community.

John Griffiths is a Director of Rocket Science, co-authors with Future of London of The Evolution of London’s Business Improvement Districts

John is Managing Director at Rocket Science based in our London office.  You can check out his profile here.