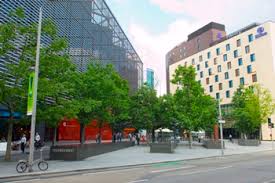 The recent second annual Summit of London’s Business Improvement Districts convened by London First and the GLA revealed that BIDs and Civil Society organisations are more likely bedfellows than you may think . . .

The government’s civil society strategy, published in August of last year, argues that there are five foundations necessary to build thriving communities – the social sector; the public sector; people; places and business. The changing expectation of the role of business in civil society is indicative of how boundaries between the private, public and voluntary sectors are becoming increasingly porous, and how many of today’s social challenges demand not just partnership working, but cross-sector solutions.  As their name implies, Business Improvement Districts (BIDs) fuse two of the fundamental elements of civil society by engaging businesses in places.

The increasing significance of place as a focus of social programmes and economic policy provided the backdrop to the London BIDs’ summit held at City Hall last month.  One round table discussion on civil society and BIDs explored their potential:

A recent report for the Greater London Authority, Harnessing the Capital’s Giving – what is the role of the Mayor and the GLA in enabling civic philanthropy? also highlights the importance of place as a focus for local giving (of money and time) and the role of business as partners in London’s civil society.  The report refers to the work of the sixty BIDs in the capital, several of which provide proxy Corporate Social Responsibility (“CSR”) programmes for members to channel resources and employee-volunteering into their local area, as well as to the Place-based Giving models which are a growing feature of London boroughs’ civil society infrastructure, and which a number of BIDs are also now partnering.

Harnessing the Capital’s Giving argues that the Mayor’s “good growth” agenda is likely to elicit more sustained investment and “social value” than occasional charitable contributions from businesses’ Corporate Social Responsibility (CSR) programmes.  The Mayor’s introduction of the Good Work Standard alongside his commitment to responsible procurement provides tools to back the kind of “purpose-led businesses” identified in the Civil Society Strategy.  “Inclusive growth” is also the overarching theme of the proposed London Industrial Strategy which aims to ensure “all of London’s places, people and communities can contribute to and benefit from the city’s growth.”

Do BIDs have a role in the changing infrastructure which supports London’s civil society?

Making the case – many businesses view the BID levy as part of their community investment/CSR, so asking for additional contributions to the local community needs to have a clear justification and purpose.

Whether London’s BIDs interpret their place-shaping role to include investing in local civil society is rather a moot point.  Once the business community in an area votes to establish a BID, it is almost guaranteed to remain a permanent fixture; very few BIDs are disestablished or lose their electoral mandate.  BIDs are relatively “new kids on the municipal block,” and are growing rapidly in number; it remains largely up to community partners to make the case for harnessing their potential as enablers of local civil society.